March Madness aboard The Wahoo 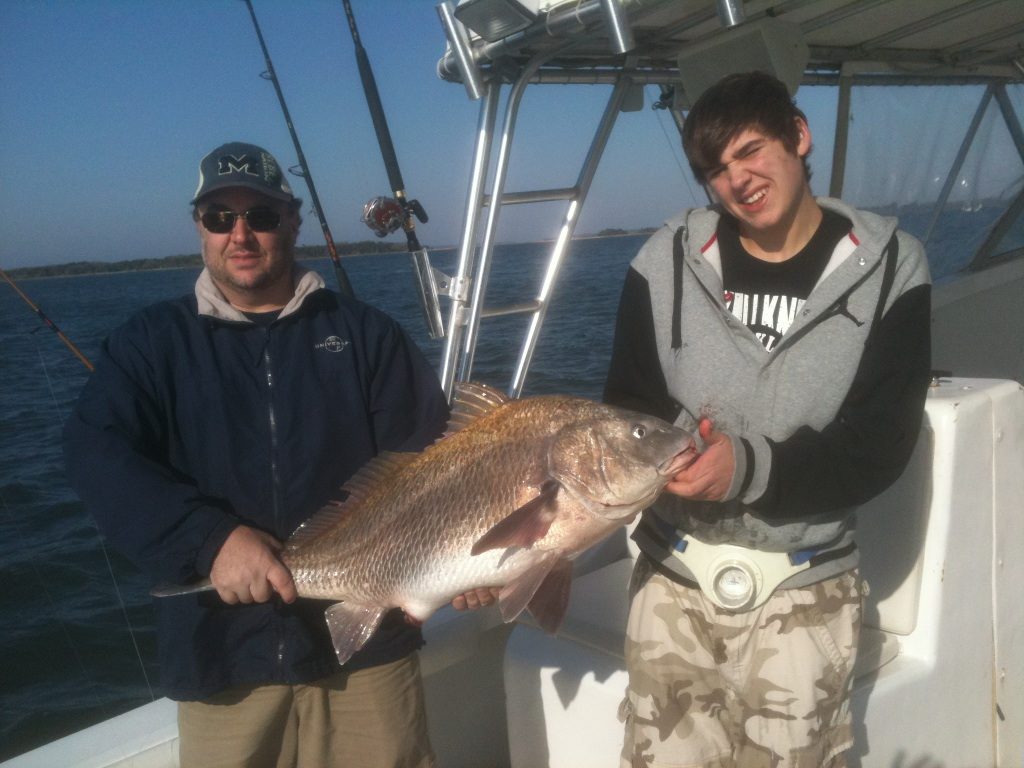 Later spring and the Drum have moved in to shore. The Wahoo with Capt. Billy lands the first Drum fish of the year with father son Mr. Ohrn holding there 30lbs drum nice catch. Capt. Billy also has been catching some sand tiger sharks like the one David is helping hold that is about 40lbs and they can get up to 400lbs. Aboard the Wahoo Capt. Billy has been catch so good numbers of the drum which are the first game fish that move in on the beaches. Tom Livingston and family land a double header drum and by the grin on their faces there loving it, great job to the crew aboard The Wahoo 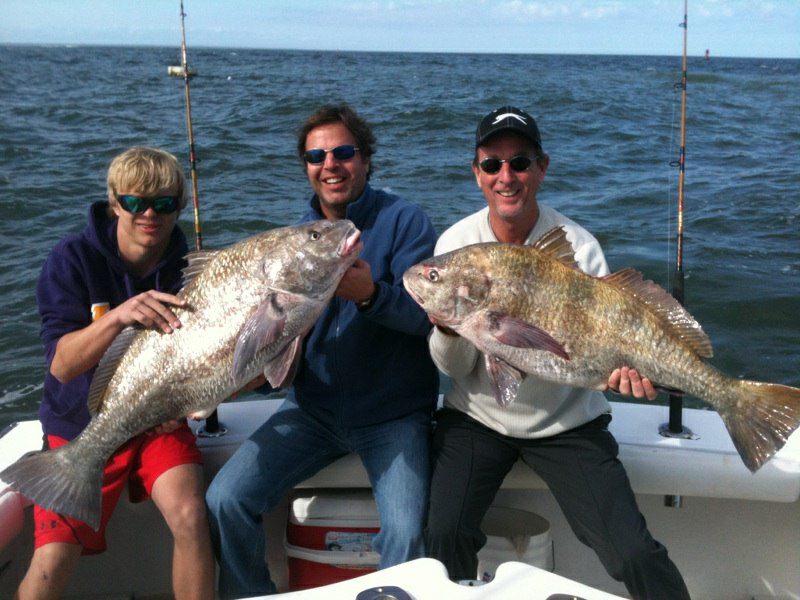 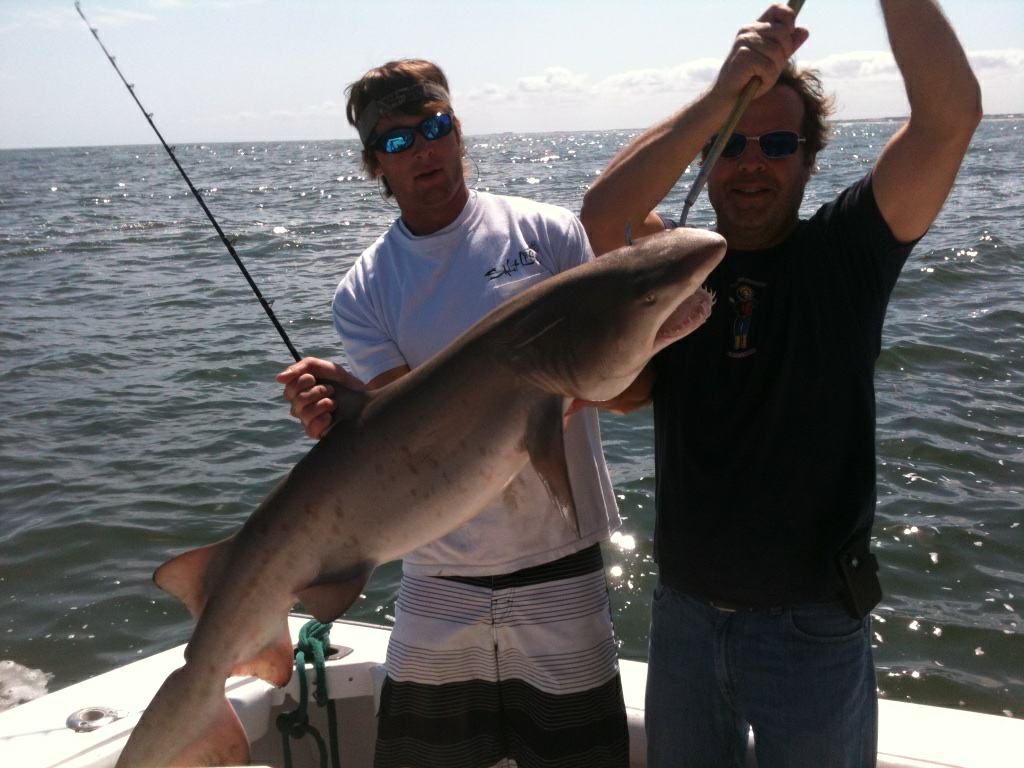